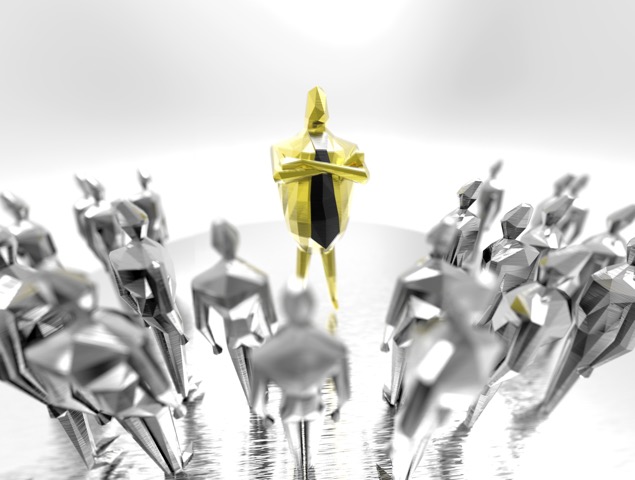 Stories abound about “the boss from hell,” that executive whose behavior causes havoc in the workplace through a persistent pattern of being entitled, unbending, dominant, arrogant, callous, or even brutal in his or her relationships with others. People working for such tyrants are always “walking on eggshells” to avoid triggering their wrath and often feel beaten down. Rather than focusing on what is best for the business, subordinates are often left trying to guess what will please these self-absorbed bullies.

It is not uncommon for businesses or organizations run by tyrant bosses to experience high turnover. Employees who are psychologically healthy recognize the toxic environment created by such tyrants and leave as soon as they can. Those employees who stay on, however, usually do so for one of the following reasons:

Narcissistic leaders have a bottomless need for power and admiration. Typically, they believe they deserve continuous special treatment, blame others for their problems, complain constantly of other people disappointing them, and bully and intimidate others. They are often grandiose, aggressive, and lack empathy. They rarely accept or acknowledge the damage they cause to others or to themselves. Consequently, they never see the need to change their behavior, and attempts to counsel or coach them are met with derision or contempt.

Paradoxically, narcissism and excessive self-promotion and entitlement are often linked to low self-esteem. For narcissists, the means of compensating for a profound sense of inadequacy is to present an inflated picture of their capabilities to emphasize their superiority. However, this defense mechanism of convincing themselves that they are valuable—to avoid feeling ashamed of their inevitable human flaws—always comes up short and the cycle of controlling and demeaning behavior continues. Because of such well-constructed defenses, it can be extremely difficult for others to perceive the underlying sense of inadequacy felt by narcissists.

An Upside to Narcissism?

Surprisingly, there is an upside to narcissism, which helps explain why companies may tolerate narcissistic leaders. In his research, psychologist Blaine Gaddis has found that narcissism is related to moving up in an organization, even though it is unrelated to leadership effectiveness. Narcissists are often good at taking initiative and achieving results in the short term. Narcissistic leaders believe they are more effective than those around them, and are aggressive, intimidating, and shamelessly persistent at self-promotion. Examples of successful narcissistic leaders include Ron Miller, former Disney CEO, and Steve Jobs, former Apple CEO. Both men were known as despots who were intolerant of others’ challenges and would even throw temper tantrums and be exceedingly punitive to get their way. These examples are the exceptions that prove the rule: unless the narcissistic leader is in total control and producing results (as Jobs did), his or her rise in an organization is often stalled once the abusive behaviors become more evident.

How to Respond to Narcissistic Bosses

With bosses who are clearly narcissistic, keep in mind that they are unlikely to change because of their tendency to view problems as being caused by everyone else. Your best path is to begin finding ways to exit their organization and move to another. In the event that you are unfortunate enough to be unable to leave their management, there are some things you can do to cope.

Leverage their vision: Narcissists strive to be in positions of status and power. Their whole goal in life is to receive the kind of accolades they believe they deserve. By taking time to understand what the narcissist wants to accomplish in the company, you can actually partner with them to achieve their objectives. Successes that you have helped achieve can serve to satisfy their need for adulation, while allowing you to maintain a position of trust. Over time, it could lead to you helping your boss shape his or her future in a way that furthers the needs of the organization, and even your own career.

Listen reflectively: Because narcissists require ongoing admiration and affirmation, reflecting back to them (i.e., mirroring) the positive contributions they have made to their organizations may keep them temporarily satisfied. Reflective listening needs to be truthful and related to actual accomplishments. Such a strategy will temporarily quell their anxiety and may allow you to do your work relatively free from drama. It is a strategy that needs to be repeated.

Avoid confrontation: Any direct challenge to the behaviors of narcissists will be met with denial, and possibly outrage. By confronting the narcissistic leader, you run the risk of being publicly minimized and shamed. If you must have a difficult discussion with them, have it privately and significantly temper your concerns in order not to threaten them.

Deflect praise: The narcissist is extremely competitive and becomes envious when those around him or her succeed. This is captured in what Gore Vidal once said: “Every time one of my friends succeeds, I die a little.” The narcissist is not able to enjoy the success of their subordinates because it takes the spotlight away from them. In the event that you receive praise and accolades for your work, be quick to include your boss as having been a supporter in the process.

Narcissistic tendencies and behaviors can run the gamut from harmless and mild to extreme and even malignant. The strategies discussed above are more likely to be successful with bosses who have extremely high levels of narcissism. If these strategies do not work because your boss’s narcissistic defenses are “off the charts,” you may want to look for another job.